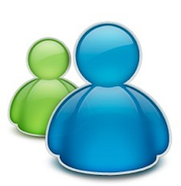 If there’s one thing Microsoft Messenger for Mac users have been waiting far too long for, it’s video and audio support. Until now, Microsoft only allowed corporate users of Messenger for Mac to use audio and video. Finally, with the recent release of Microsoft Messenger 8 for Mac, they’ve opened it up to all users but the question is, does anyone really care anymore? In the many years that Microsoft have neglected Mac users, they’ve found alternatives that will allow them to chat with video in particular aMSN and Skype.

Those that have converted to Skype, I can’t see Microsoft winning back. Skype provides an excellent video and audio chat platform that usually works for most people without problems and by now, most users will have convinced their essential buddies to open a Skype account. However in the case of aMSN (an unofficial modified version of Microsoft Messenger that has supported video for years), Microsoft might have more chance of winning back users. 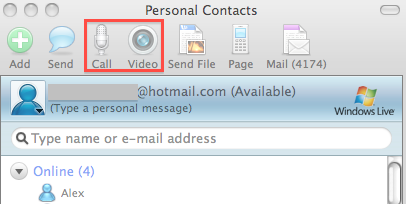 The first advantage for Microsoft is that all aMSN users already have Windows Live accounts. The second, as this post proved, is that many users have struggled to get their webcam functioning with aMSN. The third, and perhaps most important, is that Microsoft have been very clever in changing the Audio/Video protocols for Microsoft Messenger in version 8.0. The result is that aMSN no longer supports Video or Audio clips at the moment and it’s now in the balance whether they will ever be able to get it working again.

Therefore, if Microsoft Messenger for Mac can simply offer reliable webcam support with high quality audio then there is a good chance Mac users may give Microsoft Messenger a second chance. This is especially true for Mac users who still use Window Live Mail and still have lots of Windows Live contacts.

In the meantime, let’s hope that the team behind Adium will follow suit and add video and audio support in the near future. That’s something for Mac users to get really excited about.

If you liked this article then you'll love our newsletter!

Join us to receive hilarious memes, photo galleries, tips&tricks, and the best games!